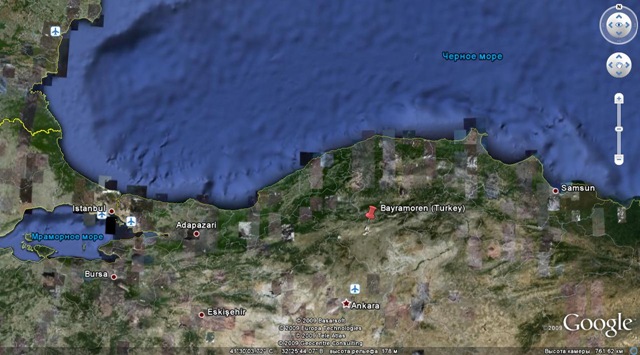 Paragliding potential of Bayramoren as a flying site was  discovered by Tahsin Tekin who is a mechanical engineer and experienced pilot , paragliding since 1990. He took the mission of promoting the area worldwide to the other pilots and he organized the first competition in the area. (Bayramoren XC Open 2008) 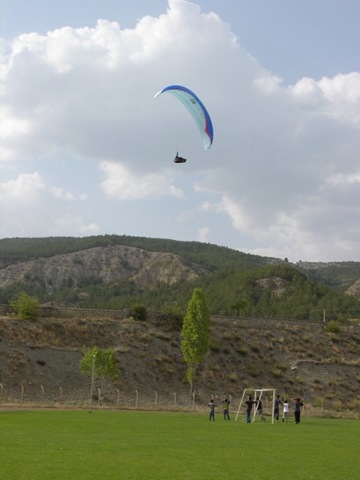 Bayramoren became the hotspot for paragliding pilots in a very short period of time and it will host big competitions  such as Turkey Paragliding Championship 2009 and Pre World Cup 2009 with the attendance of local and foreign pilots, again organized by Tahsin Tekin.

Bayramoren will attract many more local and foreign pilots in the following years and help this small and cute district to be recalled and promoted with paragliding.

Bayramoren, within the borders of Kurşunlu, Atkaracalar, Ovacık and Araç districts, is located in an area historically called Paphlagonia (Παφλαγονία). There is no written proof of why the city was called Bayramoren. However, the rumors say that when the majority of the villages around this district have had no mosques, no clergymen even though their population was overwhelmingly Muslim, villagers would come to the only mosque of this town on Fridays for prayer and they would also shop around. This Friday mosque had served until it was broken down 35-40 years ago. It was a pleasure for the locals to come together and socialize on Fridays. Several sources called the district different names; “Bayrameren” as locals called it, “Bayramviranı” as it was shown on old maps, but eventually after the foundation of the republic, it was named as Bayramoren.

It is said that of Belenli (Melan), a district that had a Muslim court during the Ottoman Empire period, which Bayramoren was one of the villages connected to this court, is now a village of Bayramoren, It is known that Greeks, who have lived in the north eastern Black Sea region lived in Bayramoren 300 -400 years ago. Some of the Bayramoren villages used to be Greek villages as it is known from their names. Some settled down a place 1km away from today’s Bayramoren between ‘’Kızlar Tepesi’’ and ‘’Sülüklük Mevkii’’ and called it ‘Yuvan Köyü’’. It is known that these people lived off farming, livestock, copper work, tinker, and pottery. They vanished in time through migration and their settlements are ruined by natural disasters.

Bayramoren is the district of Çankırı province today. It used to be a village during the foundation of the Republic. It became a sub district of Kursunlu in 1955 and incorporated town in 1973. It was separated from Kursunlu in 1991 and gained a district status. Bayramoren has 27 villages connected to it and 3 wards are located in the centre.

The district is 105 km away from the North West of Çankırı city center. Kastamonu city and Araç district in the north, Çerkeş district and Karabük city in the west, Atkaraaclar and Kurşunlu in the south and Kurşunlu in the east of the district. It covers the area of 265 km². There has been a high migration rate to Istanbul and Ankara and other cities because of geographical difficulties and the lack of jobs. Locals live off agriculture and livestock.

There is a vocational school, one two sectioned multidisciplinary high school, and a boarding primary school with 500 bed capacity in the district center. 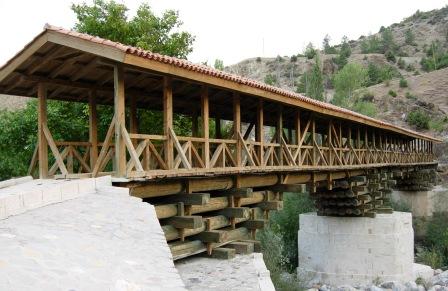 There is a bridge on the Melen Stream near Bayramoren district of Çankırı. It is not known when the bridge was built. However, it is said that it was built in the second half of 19th Century. Two main sections of the bridge made of face stone are completed with wooden parts. Here we can see an original form with the wooden beams placed on the face stone abutments with a tile roof on the top. 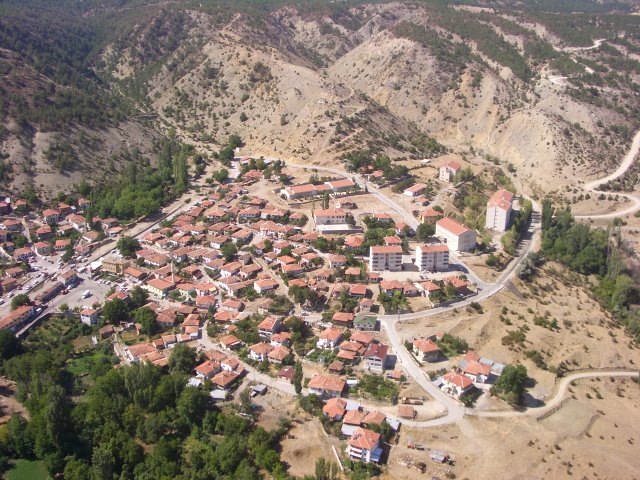